It’s Father’s Day.  It will be the third one I have celebrated without my dad.  He’s the one who taught me how to skip rocks on water…how to shoot a firearm…how to fish….how to drive a car….how to ride a horse.  The most important lesson he taught me was how to live in grace. He was one of the Father God’s prodigal sons.

You see, for a good portion of my dad’s adult life he was an alcoholic, which led to adultery and the loss of his marriage to my mother.  For a time he and I were estranged and he missed out on pieces of my children’s childhoods. Somewhere in the desert of his wanderings he found his way back to us.

18 I will go home to my father and say, “Father, I have sinned against both heaven and you, 19 and am no longer worthy of being called your son. Please take me on as a hired man.”’

20 “So he returned home to his father. And while he was still a long distance away, his father saw him coming, and was filled with loving pity and ran and embraced him and kissed him.

21 “His son said to him, ‘Father, I have sinned against heaven and you, and am not worthy of being called your son—’

22 “But his father said to the slaves, ‘Quick! Bring the finest robe in the house and put it on him. And a jeweled ring for his finger; and shoes!23 And kill the calf we have in the fattening pen. We must celebrate with a feast, 24 for this son of mine was dead and has returned to life. He was lost and is found.’ So the party began.

As the years passed he seemed to have made peace with being single and living on his own. He lived a quiet life in a tiny apartment .  Every now and again I would touch on his faith and ask him about Jesus.  His eyes would tear up and he would tell me all was well between him and God. Our relationship was restored, which I was grateful for as I became his caregiver in the last five years of his life.  I made sure his presence was woven throughout our lives, our grown children’s lives , and his great grandchildren’s lives. My grandchildren still talk about memories of him and I continue to share stories from my childhood with them.  We celebrate his life and how it was redeemed by Jesus. 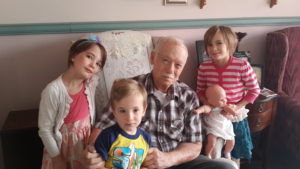 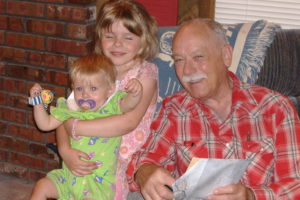 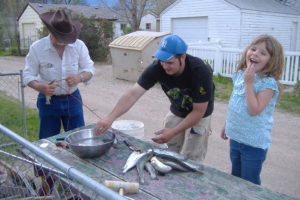 Now, let me tell you about these three dads who light up my life. 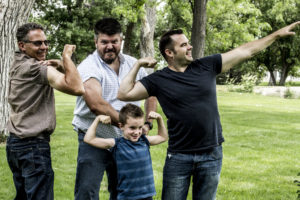 First there’s my husband, Gary (with the farmer tan).  I want to bring attention to the muscle definition in that right arm. That arm and hand were seriously injured in a motorcycle accident in 2015 and had atrophied.  I am rejoicing in his healing and ability to gain use of it again!  Shane, my bonus son, (he calls me his bonus mom)….is the tough guy (really a teddy bear) in the middle.  Mr. Muscle is my son, Casey and his son, Remington, a one-day-dad-to-be.

They were all with us last week.  Remington was helping Gary unload dirt in our back yard when Gary complimented him on what a good worker he was.  Remington replied that his dad taught him everything he knows…he’s six.  Priceless!

Shane is patiently wading through the deep waters of raising a fifteen year old teenage daughter and her ten year old sister.  Oh…the drama and tears. Casey’s two daughters are ten and eight.  These two daddies take seriously the responsibility of ensuring their girls know their worth and value in God’s eyes so they won’t seek physical relationships that will leave them empty and used. 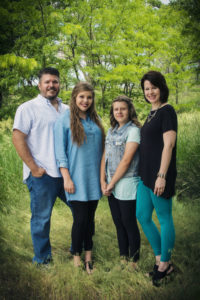 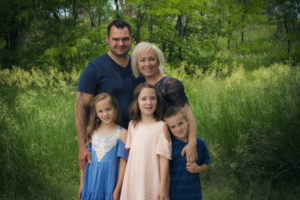 Gary was always the calm stabilizer in our home.  I tended to be the yeller…much to my regret and remorse.  The kids love to tell the story of him sending me to my room when I had a meltdown at all of them right before company was to arrive.  I was told I couldn’t come out until I could behave myself and be nice. 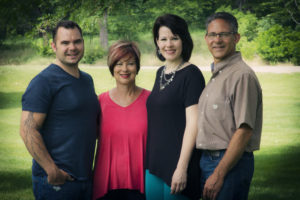 All three men would tell you they aren’t perfect.  They have stumbled and missed the mark in parenting…as we all have.  What I love most about them is…their humility, their deep love and commitment to their families, their gift of time with their children. 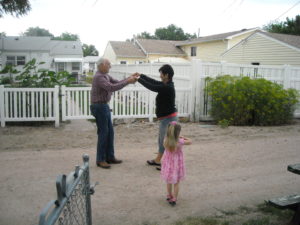 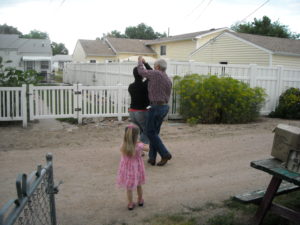 and one of my favorites…dancing in the alley to the music from the neighbor’s band rehearsal.