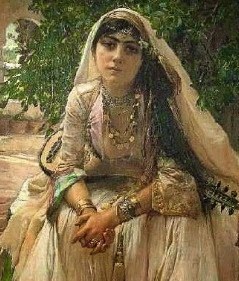 For many weeks I have had the Biblical story from Luke 7:36-50 wandering around in my thoughts coupled with reading a book on grace by Tullian Tchividjian titled…”One Way Love…Inexhaustible Grace For An Exhausted World”.

The story in Luke 7 is one of my favorites.  The main characters are Jesus, an “immoral woman”, and the host..Simon the Pharisee.  I like this immoral woman….
she had chutzpah! (The Yiddish term for audacity.)

But let me back up a bit and set the scene by describing what should have happened culturally when Jesus entered the home of Simon the Pharisee who had extended a dinner invitation to Jesus and his disciples.

No cars, bikes, mopeds, skateboards, buses, taxis.  Only walking on dirty, dung and excrement covered roads.  No Nikes, Toms or designer foot wear. Bare feet would have been rough and calloused, caked with dirt and scum and foul smelling.

Initially, a welcoming and honoring host would have provided servants to wash the hot, weary, dirty feet of his guests.  He would have greeted his guests with a kiss and anointed their heads with oil, a mark of respect for those entering his home.

Simon and his Pharisee friends probably had ulterior motives in inviting Jesus for a meal.  In their jealousy and fear, they wanted to trap him in some scandalous and Law breaking behavior to destroy his reputation and popularity.

Somehow, in a world void of all the techie devices we have to spread news and information, this immoral woman in the story knew Jesus was going to be at Simon’s home.  And she showed up to see Jesus!  Somewhere His message of forgiveness, grace and acceptance had overwhelmed and healed her weary, hard, imbittered heart.

Her life had been one of shame, despair, and hopelessness.  She was shunned by society, an outcast. Daily tasks were done either in the heat of the day, when no-one else was out, or under the cover of darkness

Here is the “rest of the story” as written by Tullian…
“Now, not only was this woman despised for her lifestyle, she was evidently unafraid of adding fuel to the fire.  First, she entered Simon’s home uninvited and unaccompanied. “Who does she think she is?  How dare she?”  everyone in attendance would have murmured in shocked dismay.  This is the last person you would want coming to a dinner party.  She wasn’t crashing just any dinner party…it was a party at the home of a religious leader, a Pharisee, a holy man, the opposite of a place where she might conceivably be welcome.  So here she came, this epitome of everything a woman should not be…rebellious, promiscuous, uncouth, foolish, and very likely diseased….and she threw herself down at the feet of Simon’s guest.  Why didn’t she just wait for Jesus outside or try to catch him beforehand?  Why wasn’t she afraid of what would happen?

Her brazenness didn’t end there.  No, the indignities just kept multiplying.  Out from under her soiled robes, she brought an alabaster flask of ointment. Onlookers could easily surmise where she had gotten the money to buy it and for what purposes she had previously used it.  But now she fell behind a reclining Jesus, while Simon, the disciples, and even the house slaves stood aghast.  She poured her precious perfume on Jesus’s feet.  Then she uncovered her head (another religious no-no), took down her hair, and used her hair as a towel to clean him.  Apparently she wept so intensely that her tears made a bath for his calloused, dry feet.  And then she kissed him, his feet.  Over and over again. And he welcomed it.  Jesus welcomed the kisses of a whore.  She, the defiled was cleaning Jesus, the pure.

Clearly, this woman had come to the end of herself.  Like an addict hitting bottom, she had died to everything but her desire for help.  She ran to Christ and he did not turn her away.  Grace begins where pride ends.”    ~One Way Love

This woman worshiped without words.  We have no record of her promising to “do better”….no prayers prayed….nothing signed. As Tullian further notes about her….”Just tears and kisses and audacious love.”

Jesus assured her that her sins were forgiven, her faith had saved her and told her to go in peace.  Peace….something she had never known… calming… strengthening…life-giving peace.

Jesus also had a lesson for Simon.  As only Jesus could do…he calmly recounted the evening and Simon’s lack of graciousness and courtesy.  The customs of hospitality that Simon had blatantly refused to extend to Jesus, the immoral woman had provided….his feet were washed, anointed and kissed in gratitude. He exposed Simon’s self-righteousness and the false thinking that Simon had based on his religious performance.

Because of her self-less love and humility, the harlot was more “righteous” than Simon the Pharisee.
Jesus gave dignity, restoration and healing to this woman who had nothing to offer but her tears….